Note: These features and explanations do not apply to Depot, EROAD's legacy version of MyEROAD.

Vehicles entering and/or exiting geofences defined in MyEROAD will have high-priority alerts sent to the vehicle's alert-ready EROAD device while managing driver distraction.

GeoAlerts are short messages that appear on alert-ready devices, featuring: 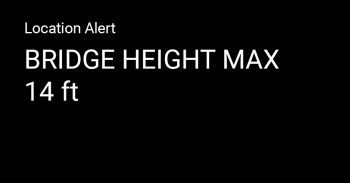 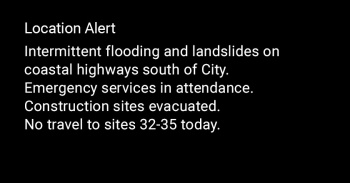 GeoAlerts are timed, and if multiple alerts are triggered, scheduled for view.

If more than one alert is triggered, sending multiple messages to a device, each message is sent to two different queues: Moving and Stopped.

The Moving queue is constantly processed when triggered. Each message displays for 15 seconds, then the next. Moving messages may be displayed when the vehicle is either moving or stopped.